The resolution of conflicts on the prohibition of the full veil

Mario Ruiz Sanz, professor of Legal Philosophy at Rovira i Virgili University, and Encarnación La Spina, postdoctoral researcher at Aix-Marseille University, will impart a practical seminar on the prohibition of the full veil in Europe, on 13 May at 10:30 am. The activity intends both to critically examine the arguments put forward in order to illegalise the concealment of the face in public spaces and to illustrate the usefulness of collaborative learning in the teaching of human rights.

The practical seminar is open to the public as part of the Seminar series on conflicts, multiculturalism and public policies: case studies. It will be held in the auditorium of the Social Science Faculty.

Over the last years, European societies have had several opportunities to open, postpone or resume debates on the impacts and legal implications of the prohibition of the full veil. In national and international case law, the reasons used to forbid the burqa or niqab have spanned material public safety, the correct delivery of public services, the protection of the rights of others, sexual equality and dignity and the right to education, as well as abstract principles such as "living together" or the risk of provoking a conflict between Islam and democracy or the liberal-democratic basis of Western societies, including the religious neutrality of the state or the need to avoid the formation of parallel societies.

In the light of the wide array of cases examined by the European Court of Human Rights, it seems impossible to negate the importance of the decision of 1 July 2014 on the prohibition of the concealment of the face in public spaces (law 2010-1192 of 11 October 2010). Following from this ruling, this session will start by an introduction to the meaning and types of islamic veils, followed by a dynamic of collaborative learning (simulation) as a useful instrument to promote greater debate on the main arguments employed by the parties involved. The group activity, which will involve the attribution of different roles (state, NGO and committee) to the participants will allow us to challenge the role of the law in the resolution of this type of conflicts. For instance, does it contribute to solve or create them? Are culturally dominant positions strenghtened? Are stereotypes reinforced? All this will serve to assess the authentic scope of indeterminate legal concepts and states' margin of appreciation in the resolution of intercultural conflicts. 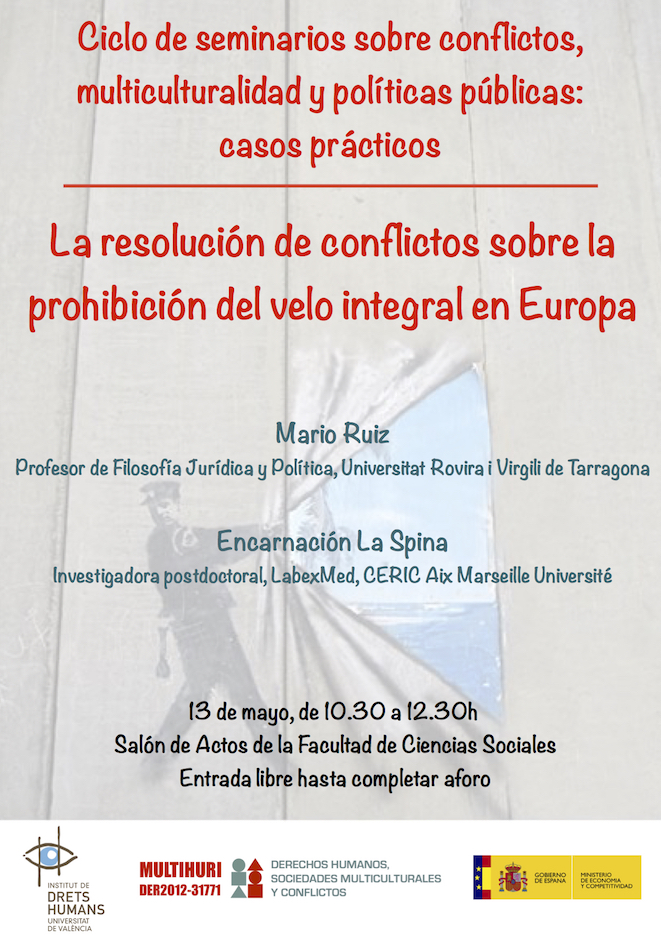