In the last years, the Mediterranean has become one of the world's most dangerous borders. Its waters have witnessed the loss of thousands of human lives, not only those of immigrants in search of work and a better life but also and increasingly those of people fleeing different kinds of persecution. While African countries bear the burden of solidarity and European politicians bargain their refugee quotas, is there any alternative for migration and asylum policy? Professor Javier de Lucas, pioneering researcher on migration and human rights, tackles these issues in the book Mediterráneo: El naufragio de Europa [Mediterranean: The wrecking of Europe] (Tirant lo Blanch, 2015), which will be presented on 24 September at 8pm, at Valencia's Bar Association (16 Plaza de Tetuán). Joan Romero, professor of Geography at the University of Valencia, and Sami Naïr, professor of Political Science at the Sorbonne, will also participate in the event. 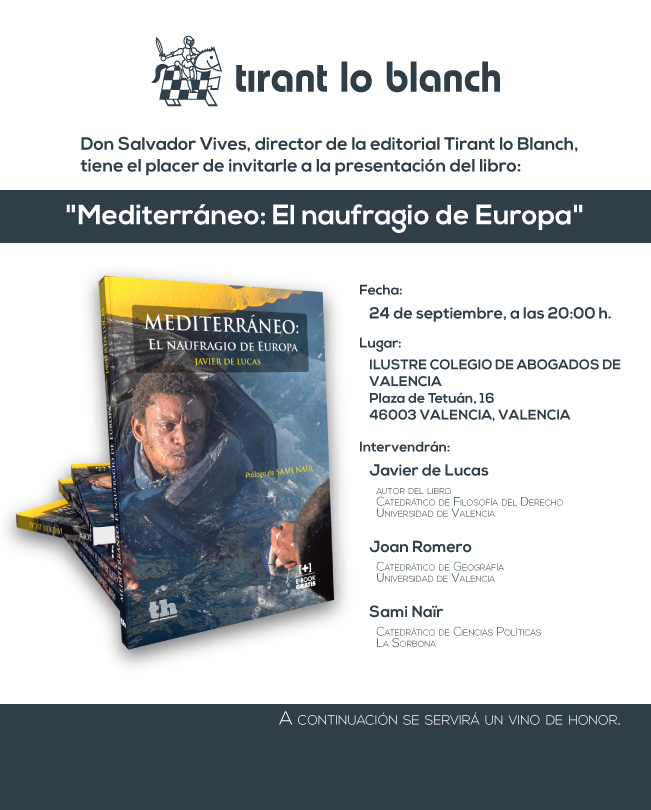